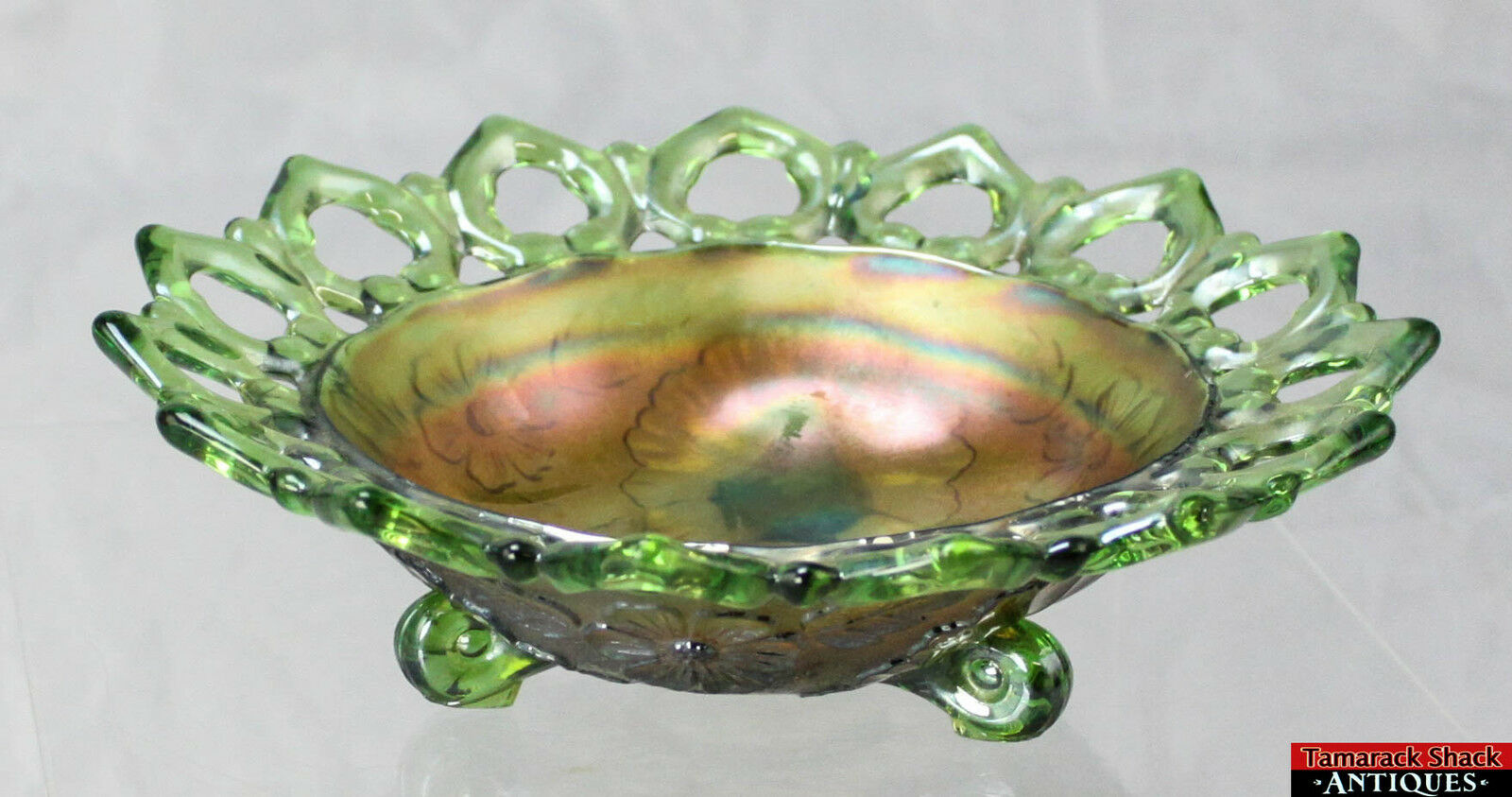 At the dawn of the twentieth century, carnival glass was everywhere. Antique collectors like the wide diversity of colors, forms, and sizes, as well as the wide range of pricing, of carnival glass artifacts.

What Is Carnival Glass?

Carnival Glass comes in an iridescent rainbow of hues because of the mineral or metallic salts that are added throughout the manufacturing process to press glass to form it. Carnival glass got its name because it was a typical prize during carnivals between 1907 and 1925. Carnival glass is a type of crystal. Even though it was called iridescent carnival glass, the majority of it was really sold in retail stores. Carnival glass regained popularity in the 1960s and 1970s and continued to be manufactured, albeit in smaller quantities, into the 2000s.

Other Names for Carnival Glass

The Fenton Art Glass Company trademarked the name Iridill as the original name for carnival glass. This sort of pressed colored glass was also known as carnival glass, among other names. These were some examples:

How to Identify Carnival Glass

Carnival glass can be identified in a number of ways. You may need the assistance of a certified professional appraiser, but you can also search for common features while examining a possible acquisition. The following are the most popular methods of spotting the glass:

When held up to the light, carnival glass should have a shimmering appearance. The end result should resemble the iridescent swirls you see when you put oil in water. More than 60 different colors are available for carnival glass’s foundation, but the most popular ones are:

If you look at the bottom of an item, you can usually identify what the base color is because there aren’t as many chemicals utilized to make the iridescent rainbow appearance there.

Antique carnival glass was machine-pressed, but the final shape and fashioning of each piece was done by hand. There are over 2,000 different patterns of carnival glass. Thus, no two pieces are the same. The glass’ edges were decorated with a variety of odd crimps, ruffles, rounds, and scallops. It’s also possible to date a piece of carnival glass based on the pattern because different designs and banding patterns were grouped together over time. In addition to its inconsistent sizing and style, vintage carnival glass patterns sometimes include crimped edges on bowls that fluctuate in size because they were handmade.

Home decor and kitchenware were two of the most common uses for Carnival glass. In this category you’ll find punch bowls and sugar bowls as well as serving plates and canisters for storage. Ashtrays, figurines, and lamps were also made from it, but these were used far less frequently than the other items mentioned.

Carnival glass was created by a number of businesses in the United States, including Indiana Glass, Imperial Glass Companies, Northwood, Millersburg, Fenton, Dugan(Diamond) Glass Company, Cambridge, U.S. Glass Company, and Westmoreland. Imperial Glass was one of these companies. Crown Crystal of Australia, Brockwitz and Sowerby, as well as Cristalerias Rigolleau and Cristalerias Piccardo in South America, were some of the most well-known carnival glass manufacturers in Europe. Unfortunately, many carnival glass manufacturers all around the world fail to incorporate a maker’s mark on their wares. There were a handful of companies that went the extra mile, such as Fenton, Imperial, Dugan, and Northwood.

If you’re looking for authentic antique carnival glass, be careful that “fakes” have been made to entice unsophisticated antiques purchasers. Real versus fake can be distinguished in a few ways, but there is no surefire method.

As early as the turn of the 20th century, carnival and depression glass were both popular. Because of the time period and the wide range of hues, they are sometimes mistaken for one another.

Antique carnival glass is available for a wide variety of costs, depending on the piece’s age, condition, color, and rarity of the pattern. Even if it’s a more contemporary piece, you can locate carnival glass pieces for under a hundred dollars. There are also extremely uncommon items available for purchase, with some fetching upwards of several thousand dollars.

It’s not always easy to tell if a piece of glass is genuine vintage carnival glass. It’s tough for an amateur collector to keep track of all the many designs and craftsmanship that go into each piece, not to mention the lack of manufacturer’s marks.

Carnival glass collectors who want to get into the hobby may find a pattern guide essential in narrowing down the authenticity of individual pieces. To rule out fakes, it helps to have some background knowledge on the firing and manufacturing processes used in the early part of the 20th century.